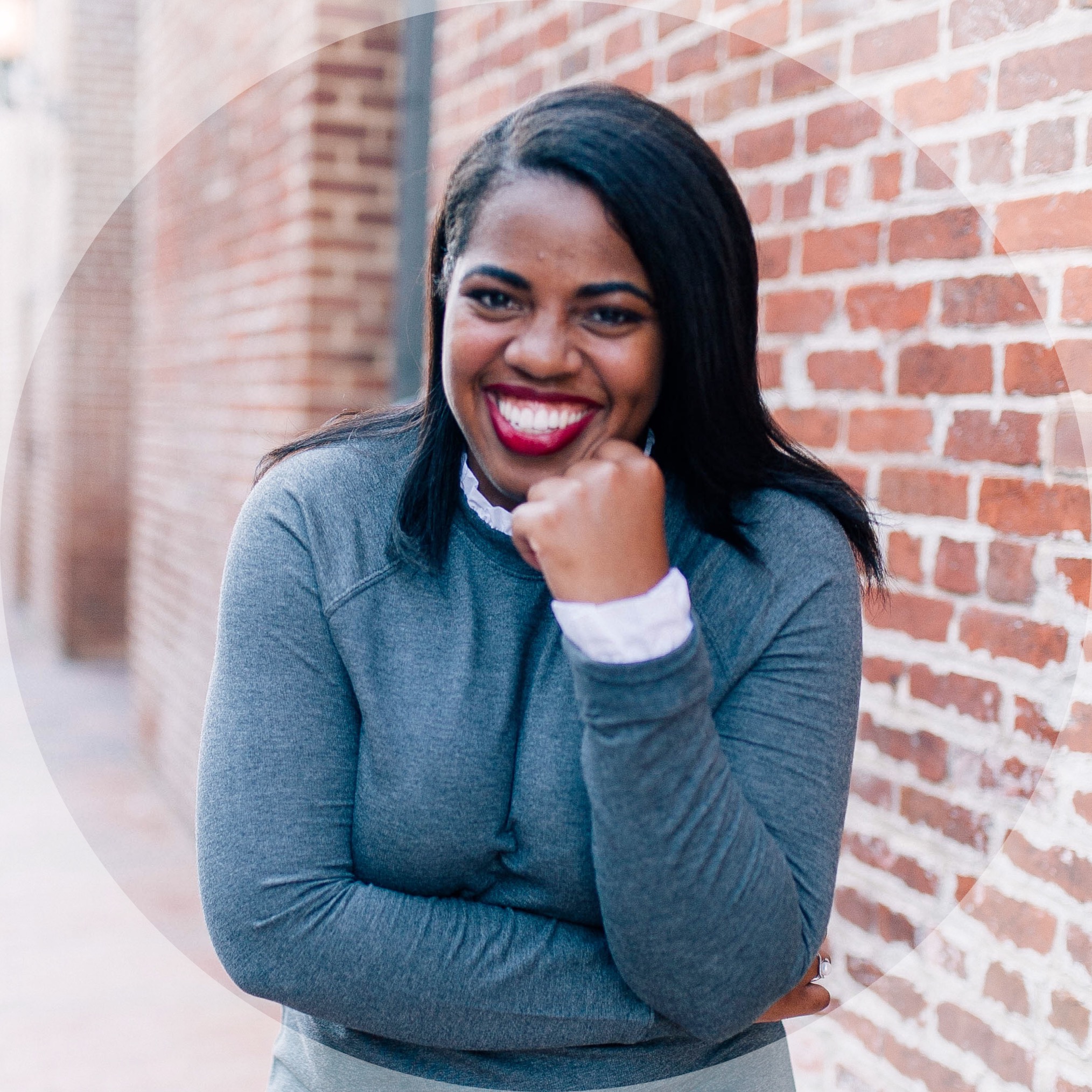 This week was a whirlwind of emotion for me. I went from turning around a bad day (tips here) to having one of the best days! Yesterday, I was fortunate to have a guest post featured on Carly the Prepster. In efforts to avoid sounding too much like a fan girl, I will simply say that Carly is my blogging idol. I would have never thought a year ago that I would not only be a blogger, but that I would get to work with my favorite blogger and photographer.

On the guest post, I gave a bit of an introduction to who I am and how I would describe my style. I wanted to take this opportunity to share some of my favorite pics from the shoot and tell you all a few more things that you may not know about me. 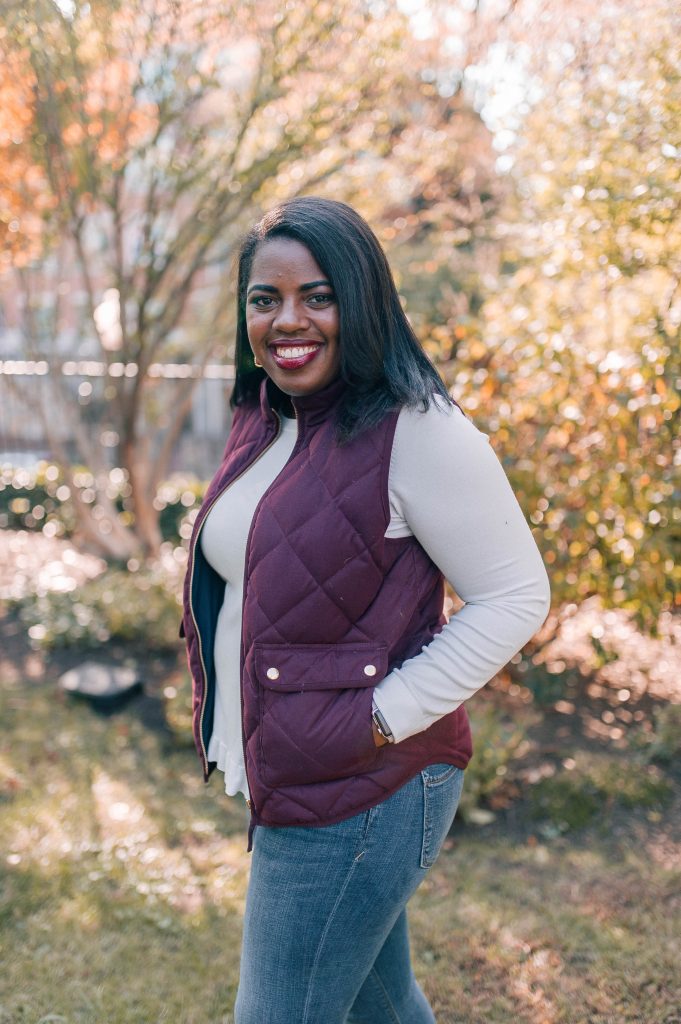 Fun Fact: It was unseasonably hot in D.C. the day of the shoot. I chose to photograph my hottest outfit first and was actively trying not to melt. 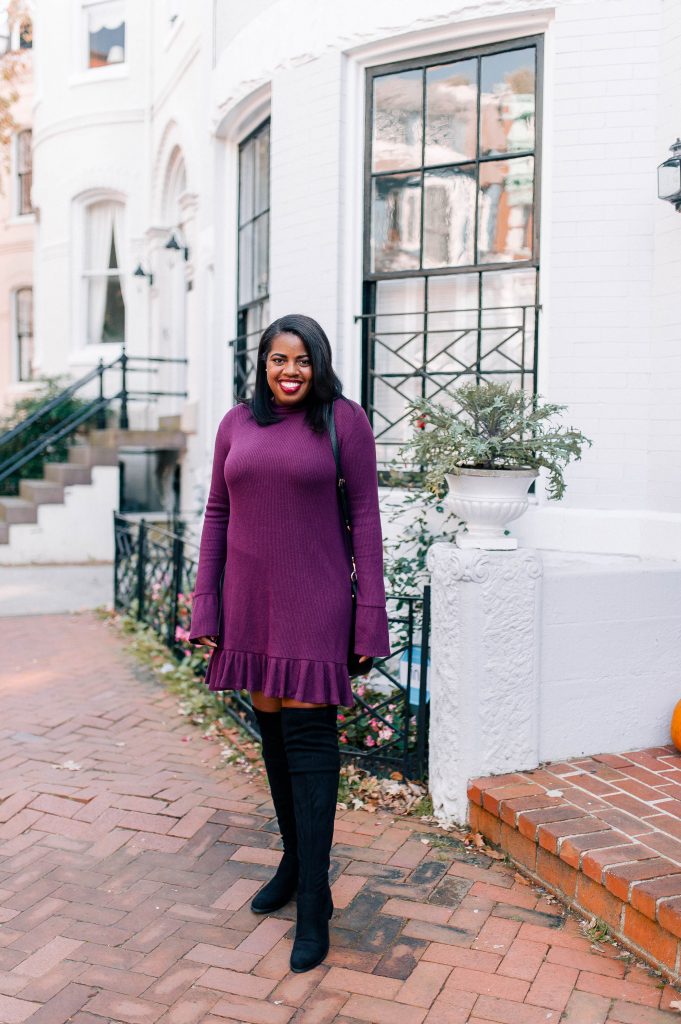 Fun Fact: I love the OTK boot trend. I think its a cute way to be less expose when going the mini route. However, still searching for the best way to keep them from falling while wearing them. 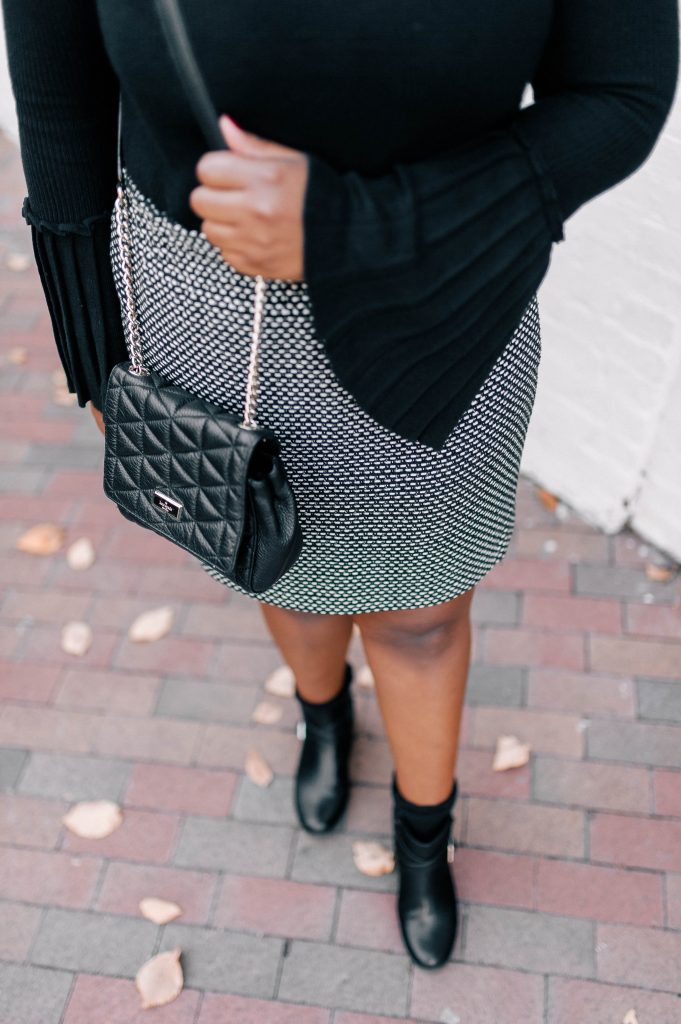 Fun Fact: I happened to be wearing this outfit when I found out that the post was going to be live the next day. I love that the sleeves makes this work outfit a little more fun. 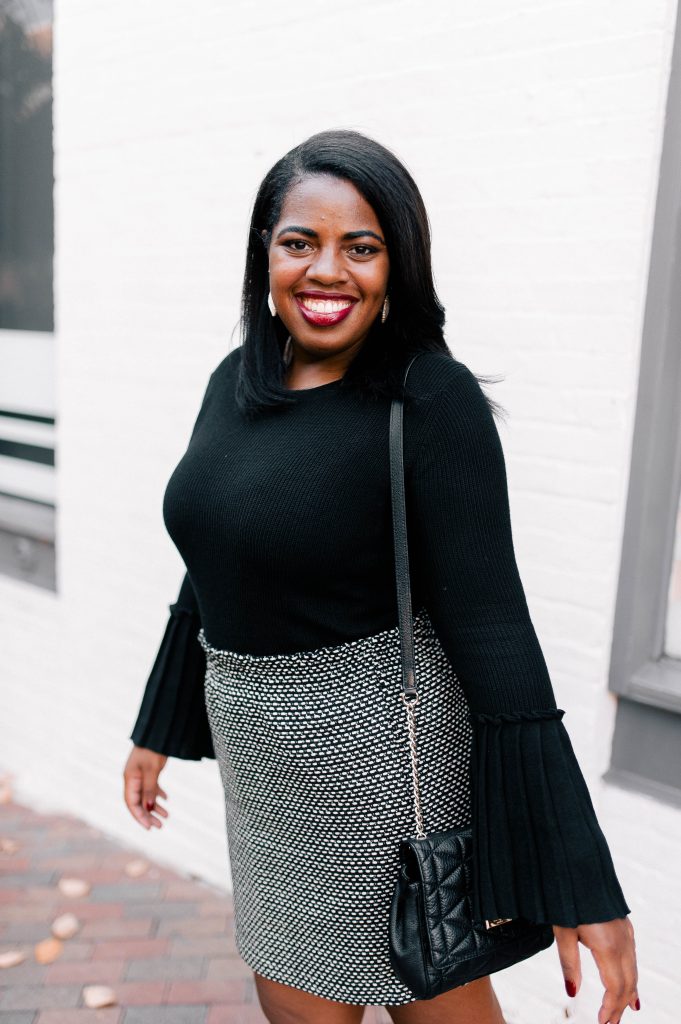 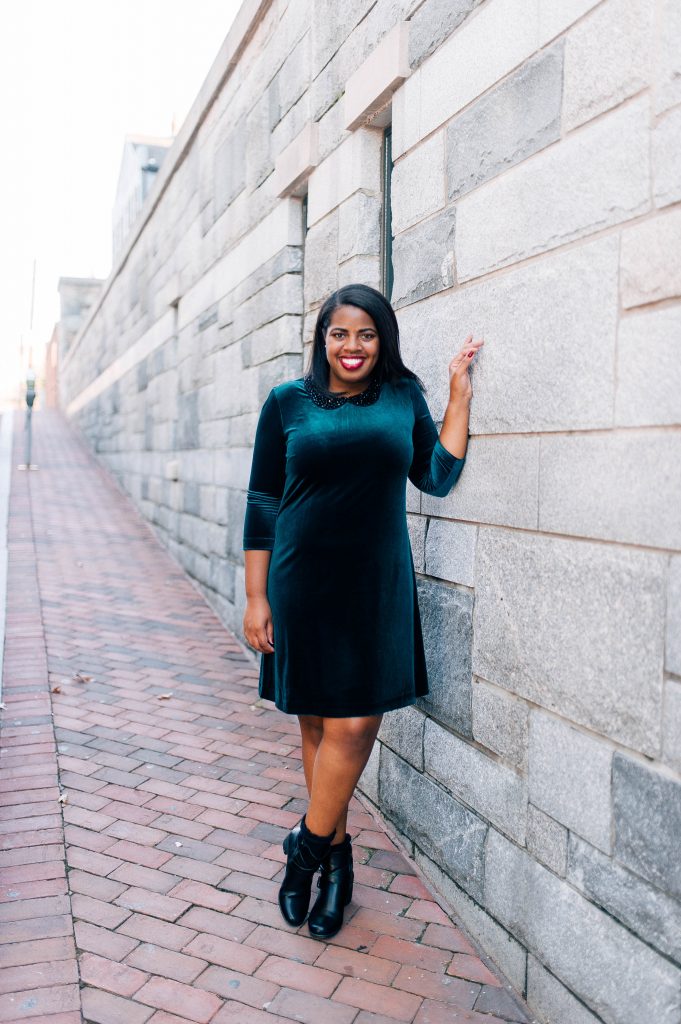 Above is my favorite shot from the entire shoot! I adore this green dress. 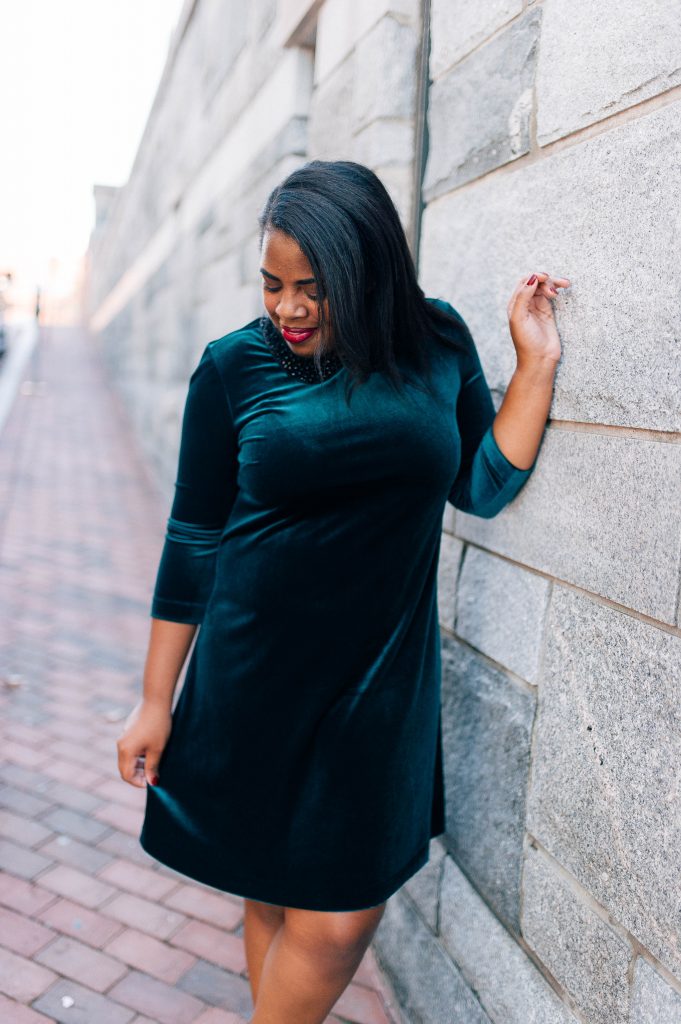 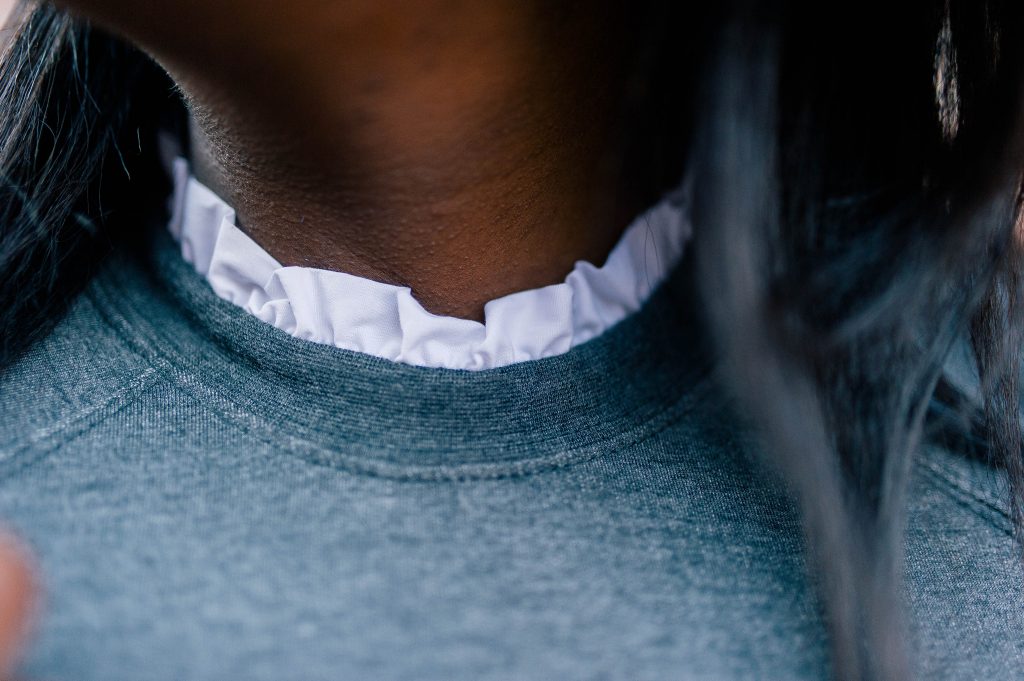 One of my favorite things about working with Carter was her ability to capture details. 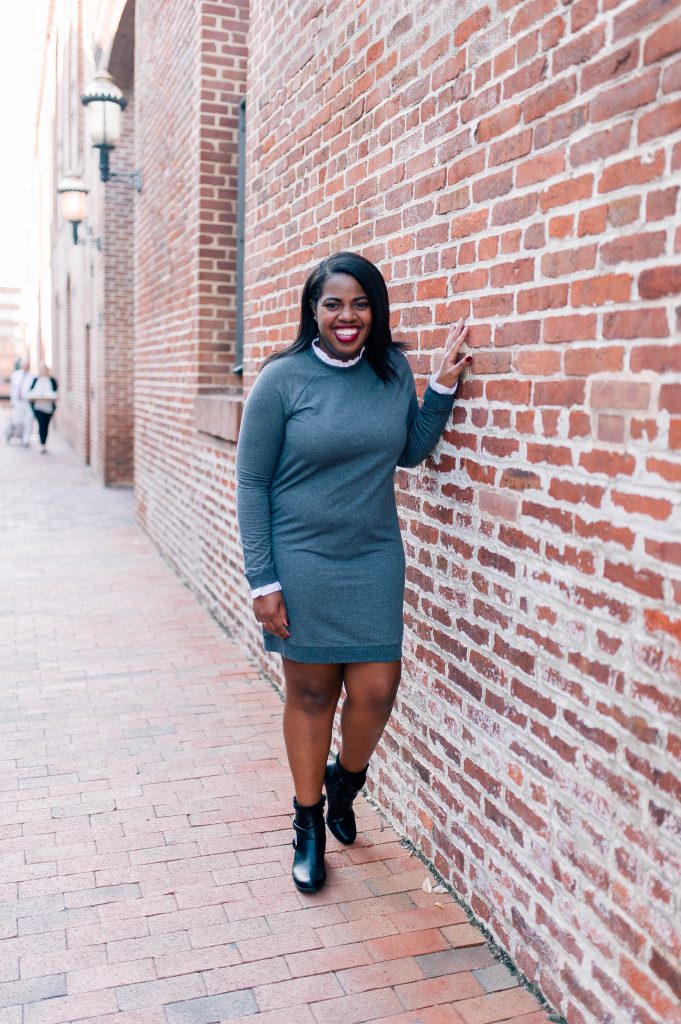 Thank you so much, Carter Fish, for being an awesome photographer to shoot with!

Heres a few facts about me:

For most of my life I was convinced that I was going to go to medical school and become a pediatrician. It wasn’t until I took AP Psychology in high school, made the choice to major in psychology, and had several break downs before I realized that psychology was really the field that I wanted to go into. I’m still fascinated by the human body even though I now focus more on the mind.

I’m a big sister! I have four younger siblings, 3 of them under the age of 12. Sometimes it’s hard to deal with the fact that I don’t have as much time to spend with them, especially now that I’ve moved out. That’s why I try to prioritize family time during the month.

I enjoy food (hence, all of food posts on the blog haha), but one of my greatest food weaknesses is a good bacon cheeseburger. My first job was actually at a Five Guys, so you can imagine how happy my stomach was.

I cannot go into Marshalls or Homegoods without purchasing something. I actively avoid them when I’m having a tighter budget month.

I’ve traveled more places in the last three years than I had in my entire life. Though almost all were within the country, it still inspired me to go out and see the world more.

Was this anyone else’s least favorite icebreaker in school or at work? I can never think of anything “interesting” enough on the spot. Since we’re on this journey together, let me know a fact about you in the comments below 😀

Previous Turning Around a Bad Day
Next Surviving Networking Events 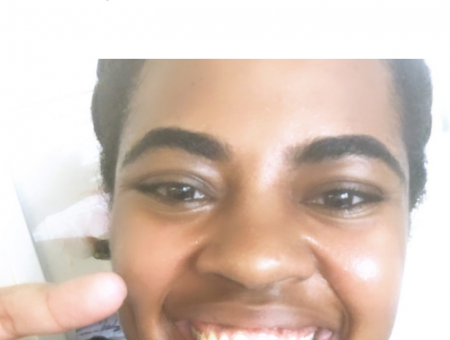 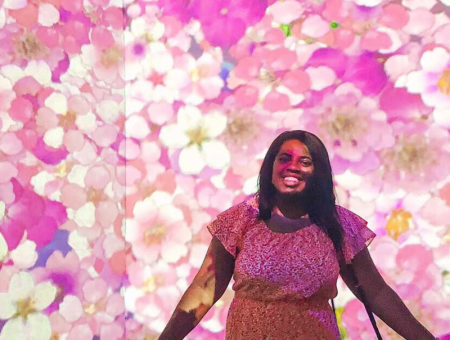 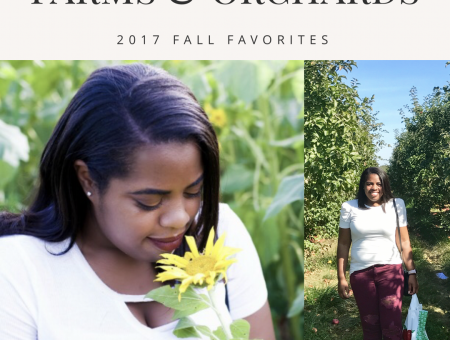